Check back here regularly to find out what's going on at our company. 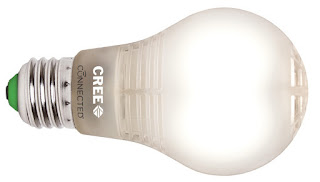 Modern Day Conveniences (Tue, 14 Jul 2015)
Modern Day Conveniences At the turn of the 20th century, electricity inventions were taking off. Albert Einstein invented photo voltaic cells, which demonstrated the ability to create energy using solar power. And in 1918 the first washing machines and refrigerators were built. But it wasn’t until the 1930s that electrical appliances became a part of every household.
>> Read more

Fun Facts about Electricity! (Tue, 07 Jul 2015)
Electricity is a staple of modern life. Beyond lighting rooms and powering devices, electricity is pretty interesting! Here are some fun and interesting facts about electricity. 1. Electricity travels at the speed of light -- more than 186,000 miles per second! 2. A spark of static electricity can measure up to 3,000 volts. 3. Lightning is a discharge of electricity in the atmosphere. Lightning bolts can travel at around 130,000 miles per hour and reach nearly 54,000 °F in temperature. 4. Electric eels can produce strong electric shocks of around 500 volts for both self-defense and hunting. 5. Have you ever wondered why birds sitting on a power line don’t get electrocuted? If a bird sits on just one power line it is safe. However, if the bird touches another line with a wing or a foot, it creates a circuit, causing the electricity to flow through the bird’s body. This results in electrocution. 6. Two positive charges repel each other, as do two negative charges. On the other hand, opposite charges attract each other. 7. Coal is the world’s biggest source of energy for producing electricity. Coal is burned in furnaces that boil water. The steam from the boiling water then spins turbines that are attached to generators. 8. Did you know that electricity plays a role in the way your heart beats? Electricity causes muscle cells in the heart to contract. Electrocardiogram (ECG) machines, used by medical professionals, measure the electricity going through the heart. As the heart beats in a healthy person, the ECG machine displays a line moving across the screen with regular spikes. 9. Electric fields work in a similar way to gravity. Whereas gravity always attracts, electric fields can either attract or repulse. 10. Benjamin Franklin carried out extensive electricity research in the 18th century, inventing the lightning rod amongst his many discoveries. In the event of a lightning strike, the lighting rod conducts the strike through a grounded wire, protecting the building. Sources: http://generation.synergy.net.au/sites/default/files/electricity_fun_facts_0.pdf http://www.sciencekids.co.nz/sciencefacts/electricity.html
>> Read more

Child Proof Outlets (Fri, 05 Jun 2015)
Because there is no such thing as constant, uninterrupted adult supervision, child proof outlets protect your children and those of invited guests, preventing injuries and liability. Also called tamper-proof receptacles, these electrical outlets are so effective that as of 2008 the National Electrical Code (NEC) has required their installation in all new homes. Call Mark R Gallagher, Inc today to get these inexpensive outlets installed.
>> Read more

FPE Stab Lok Panel - Consumer Alert (Fri, 05 Jun 2015)
FPE Stab Lok Panels are known to cause electrical fires. If your home has this panel you should change is immediately. Call us and we can help you determine if you have one of these panels. Information Link - http://www.markrgallagher.com/fpe-stab-lok
>> Read more 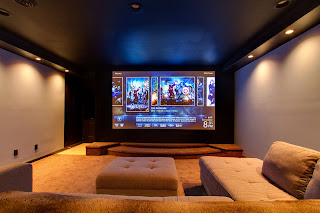